WASHINGTON— Following the 2008 financial crisis, lawmakers created the Financial Stability Oversight Council to serve as an early-warning system to identify future threats before the next meltdown. But since its inception, the group has floundered, with many questioning what’s in store for the body’s future.

The Dodd-Frank Act gave FSOC the power to designate specific nonbank financial firms seen as a danger to the global markets, which would in turn subject them to banklike oversight. Yet in its 10 years, the council has only designated four firms, all of which have since been delisted, and has seen its budget and staffing slashed.

Some are cheered by Treasury Secretary Janet Yellen’s chairmanship of FSOC, which they hope will usher in a rethinking of the interagency council, along with that of the Office of Financial Research, which is housed in Treasury and supports FSOC’s work.

“Very often when regulators are relatively young, early leaders create an imprimatur that other people follow in,” said Kathryn Judge, a professor at Columbia Law School. “FSOC, I think, has yet to see its shining moment, but I think it’s possible that it will.”

Judge is among those closely watching to see if Yellen will rescind 2019 guidance that FSOC finalized under former Secretary Steven Mnuchin that changed the process for designating “systemically important financial institutions” and emphasized regulating activities as opposed to specific companies.

Although Mnuchin said at the time that the so-called activities-based approach would establish clearer guidelines for how FSOC vets specific firms, critics — including Yellen herself — expressed concern that the new process would undermine the purpose of the council.

“It is contrary to the statutory duties of the FSOC to needlessly limit the tools that Congress provided them in order to pursue its mission,” Yellen, a former Federal Reserve Chair, wrote to Mnuchin in a letter signed with former Fed Chair Ben Bernanke and former Treasury secretaries Tim Geithner and Jacob Lew. They added: “Designation authority is an essential complement to prudential supervision of banks in a financial system where other financial firms are permitted to compete alongside banks without being subject to similar regulatory constraints on leverage and funding.”

To some, Yellen is already signaling a change in strategy as the council pursues initiatives to explore risks posed by climate change and hedge funds. A tougher stance comes as scrutiny grows into what led to the recent meltdown of Archegos Capital. Several banks posted substantial losses at the end of March after the hedge fund was forced to sell $30 billion in stocks.

“The more recent debacle with Archegos capital also really raises important questions [that] … are only going to fall neatly under FSOC’s jurisdiction, because they are issues that require the attention of both the banking regulators and the market regulators,” said Judge.

Yellen’s own opposition to the 2019 reforms of the council paves the way for her to repeal the Trump-era guidance, which ultimately made it more difficult to designate firms, said Gregg Gelzinis, a senior policy analyst at the Center for American Progress.

“We start from a place where the chair of the FSOC is on record as strongly opposed to that guidance,” he said. “I then think it becomes very, very likely that that guidance is either fully repealed or significantly amended.”

But Yellen has signaled that SIFI designation as it was conceived in Dodd-Frank may not be entirely appropriate for certain firms either. In an exchange last month with Sen. Elizabeth Warren, D-Mass., Yellen balked at designating individual asset managers such as BlackRock as systemically risky. Instead, she indicated that she would instead favor restrictions on asset management activities.

“I think that with respect to asset management, rather than focus on designation of companies, I think it’s important to focus on an activity like that and to consider what the appropriate restrictions are,” she said.

Such an approach could be more effective than designating specific companies, said Thomas Vartanian, the founder and executive director of the Financial Regulation & Technology Institute at George Mason University’s Law School.

Put another way, Yellen supports an activities-based approach but still intends to go in different direction than the Trump administration, said Judge.

“It’s not regulation based on activities, but it’s using activities as a proxy for figuring out how to set up a regulatory agenda,” said Judge. “[Yellen] is likely to disavow activities-based regulations in the form that it was embraced throughout the previous administration, which was … an excuse not to use the tools that have been given to FSOC.”

Still, Gelzinis believes designations for specific firms should remain on the table, albeit without the extra steps that the 2019 guidance added to the process to determine whether a company is systemically important. Those included evaluating the odds that a firm would experience financial stress and undertaking a cost-benefit analysis of banklike supervision.

“I’m not trying to say that designations are the key solution to every problem, but they are a solution, and they’re likely a solution to a lot of problems here,” he said.

At Yellen’s first FSOC meeting last week as chair, she announced she was reviving the council’s hedge fund working group and said she intended to focus on nonbank financial intermediation, the resiliency of the U.S. Treasury market and emerging risks posed by climate change.

That could set the stage for new research, policy recommendations and coordination on those topics among the 10 regulators that sit on FSOC, aside from a possible reconsideration of the “activities-based approach.”

“The way our system is set up [is] each individual regulator is sort of a silo,” said Vartanian. “But when you have 10 different silos, they don’t necessarily talk to each other or do things consistently, and so there’s no coordination when it comes to systemic stability, and that’s what FSOC was supposed to be.”

The hedge fund working group that Yellen is resurrecting could be a good place to start, said Gelzinis. The working group, which was originally convened in 2014, made five data recommendations to better understand the potential risks posed by highly leveraged hedge funds before fizzling out in 2016.

“This Archegos incident just re-emphasized the importance here and the potential risks that hedge funds can pose to prime brokers and potentially financial stability, if it’s a large enough fund that has significant leverage,” Gelzinis said.

This time around, the working group could collect more recent data as it relates to how hedge funds behaved at the onset of the COVID-19 pandemic and provide policy recommendations to the regulators that sit on FSOC.

To help FSOC reach its full potential, however, will involve shoring up resources at both FSOC and OFR, experts agree. Under the Trump administration, officials reduced staffing at FSOC by close to 60% and cut the budget for both FSOC and OFR by more than 25%.

“I think, from FSOC’s point of view, it needs number one, to get the most sophisticated forms of technology and artificial intelligence working on its behalf,” said Vartanian. “It’s got OFR to do that, but I don’t think it has armed OFR with either the resources or the technology.”

Rebuilding the institutional capacity at the council should be one of Yellen’s first priorities atop FSOC, Gelzinis said.

“I don’t think you can meet this moment and face all of these challenges without rebuilding the staff that has been hollowed out at both the FSOC and the OFR,” he said. “To me, that’s the first priority that then enables you to successfully tackle everything else.”

ANTM Technical Analysis | Buy On Support Area? | 2021 for IDX:ANTM by naufalrafiza
6 seconds ago 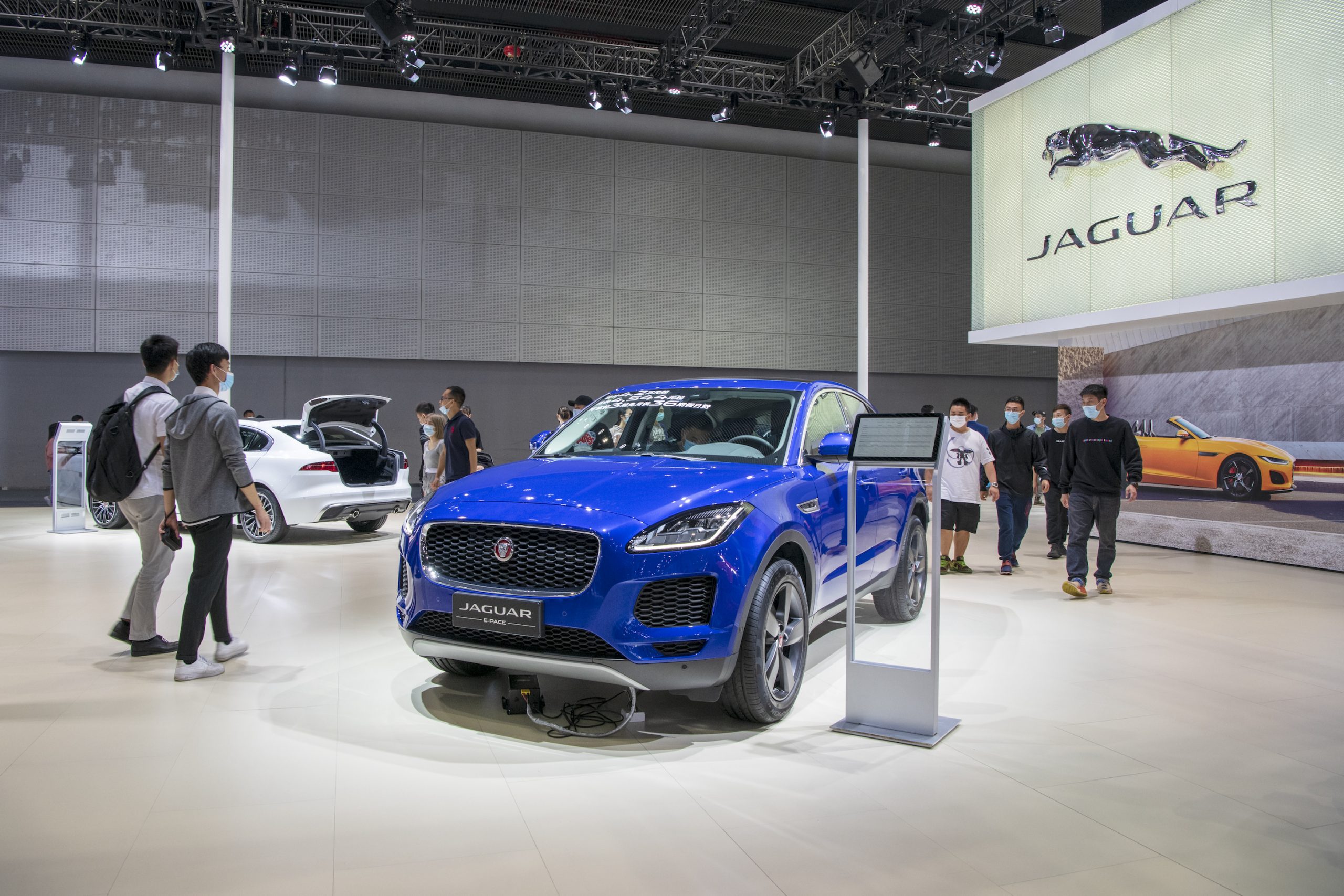 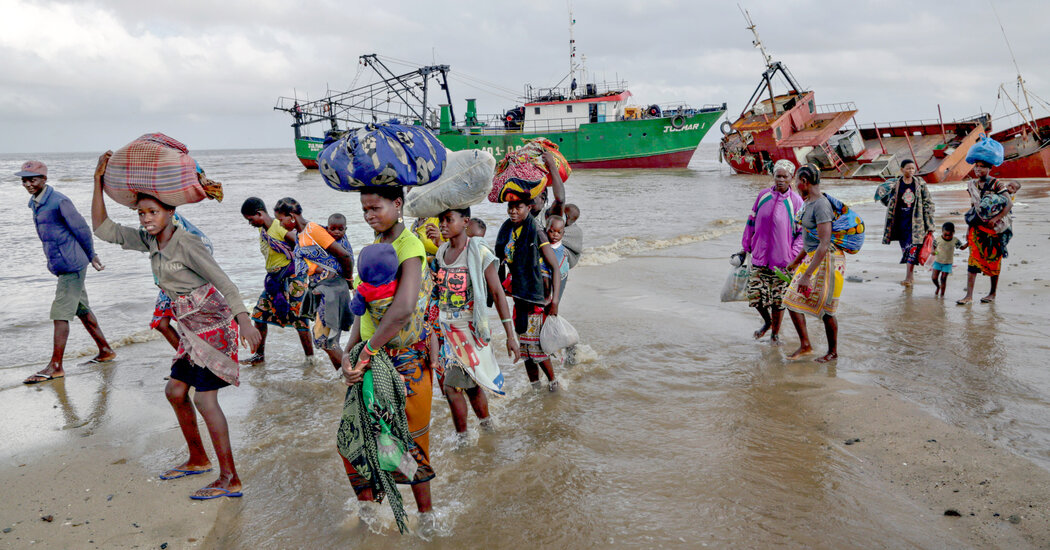 Popeye With a Whiff of Rotten Eggs: New Metabolic Capabilities of Gut Bacteria Discovered
14 mins ago