Oil prices are surging thanks to an increase in demand paired with a supply shortfall. It’s the exact opposite of the phenomenon experienced last year when there was so much extra oil that futures prices briefly turned negative. Higher oil prices will test the legitimacy of climate pledges, particularly from the oil majors. Most notable are BP and Royal Dutch Shell which slashed their dividends and vowed to cut oil production as part of a permanent shift toward renewables. Rising oil prices could cause some of these players to rethink their commitments.

However, there is one oil major that will likely stick to its renewable investment strategy — Equinor (NYSE:EQNR). Norway’s energy giant is boldly investing in offshore wind energy. Here’s why Equinor has what it takes to successfully transition to renewable energy.

A brief summary of Equinor’s oil and gas portfolio

Equinor has been drilling the North Sea for 50 years. Even after all that time, engineers continue to come up with new ways to turn a profit from what’s left. The company estimates it still has years of profitable reserves in its portfolio. New discoveries are possible, but the general trend is heading toward less oil. In response, Equinor has cut its oil and gas investments and is focusing instead on profitability.

Norway is Equinor’s bread and butter but it actually only comprises 55% of the company’s assets. In 2020, 64% of production came from Norway, 21% from North America, 9% from Africa, and 6% from various other countries. Aside from Norway, Africa, and Azerbaijan, all of Norway’s other production regions lost money in 2020. 17% of Equinor’s assets are in the U.S., but the region lost Equinor a painful $5.8 billion over the last two years. Norway and the UK were the only two countries where Equinor produced more oil and gas in 2020 than in 2019. Equinor is a top-tier offshore operator. But it’s had more failures than success outside of Norway as of late, which is one reason why it’s focusing on profitability instead of adding production.

By making its existing operations as efficient as possible without investing too much in future oil and gas growth, Equinor has some of the lowest break-even levels of the oil majors. According to its latest estimates, Equinor’s new projects can break even at just $30 per barrel Brent, which is less than half of the current Brent price. If Brent averages $50 in 2021, Equinor estimates it can generate more than triple its 2020 free cash flow (FCF) and nearly double its pre-pandemic 2019 FCF.

Equinor’s potentially high FCF generation is impressive, but it’s not because Equinor is necessarily flat-out better than its peers. Rather, it’s mainly the result of not spending a lot of money and milking the reserves it has left. At the tail-end of an era, Equinor isn’t having an identity crisis per se. But it’s certainly at a crossroads of what to do next. Instead of going toe to toe with other oil companies that, quite frankly, are much better positioned than Equinor, the company has decided to leverage its offshore expertise and harness the power of the wind. If the idea that Norway’s oil giant is drastically shifting to wind energy sounds fishy, that’s because it should. After all, we live in a time when virtually every oil company is desperately trying to rebrand itself as a diversified energy company. There are plenty of cases where this is more for positive press than a true business strategy.

Equinor certainly enjoys the positive press, but it also finds itself in a position unlike any other oil major in that its reserves are trending down, it has an impressive amount of wind potential right in its backyard, and it is majority-owned by the Norwegian government — so its interests tend to align with politics.

Norway’s economy boomed as a result of 50 years of oil and gas production. Now, its reserves are drying up and it’s looking to cut emissions. Equinor could very well make more major discoveries in the Barents Sea over the next 10 to 20 years — so don’t expect its oil and gas production to completely go away. There may even be times in the short term where production spikes to take advantage of market conditions (like we are seeing now). But given the Norwegian government’s climate ambitions, it would seem that a steady downtrend in fossil fuel production and an uptrend in renewables will start to take shape in the coming years.

Equinor’s renewable capacity remains little changed from 2019, but it did close its final investment decision on Dogger Bank A and B, partnered with BP and won the largest U.S. offshore wind contract in history, and started construction on its floating offshore wind project, Hywind Tampen.

The biggest change in Equinor’s leading offshore wind portfolio was its $1.1 billion, 50% sale of Empire Wind and Beacon Wind to BP. The two companies will now partner together to build up to 4.4 GW of capacity along the U.S. east coast.

Although Equinor’s large-scale wind projects are still in their beginning stages, the company expects it will be able to earn between 8% and 12% in unlevered nominal returns (returns that ignore taxes, financial leverage, inflation, etc.) on its renewable investments over time. This preliminary estimate should be taken with a grain of salt. Equinor’s projects are too early to have any firm grasp on profitability. As things develop, Equinor should have a better profitability reading. After all, a company that transitioned from a generally profitable oil and gas business to a money-losing renewable business wouldn’t exactly be a great stock to invest in. Tying it all together

Equinor is still mostly an oil and gas company, but it has a plan to slightly increase production, decrease costs, and shift to renewable energy. Looking ahead, the company has some major developments materializing in its wind portfolio, which are impressive but need to be profitable for this strategy to pay off.

If oil prices remain high for an extended period, it wouldn’t be all too surprising to see other big oil companies shift their renewable focus. I could see Equinor tweaking its strategy and taking advantage of higher prices in the short term. But over the long term, the company’s alignment with Norway’s environmentally friendly political interests and a natural fit in the offshore wind make it the most likely oil major to truly embrace a significant amount of renewable energy in its portfolio. 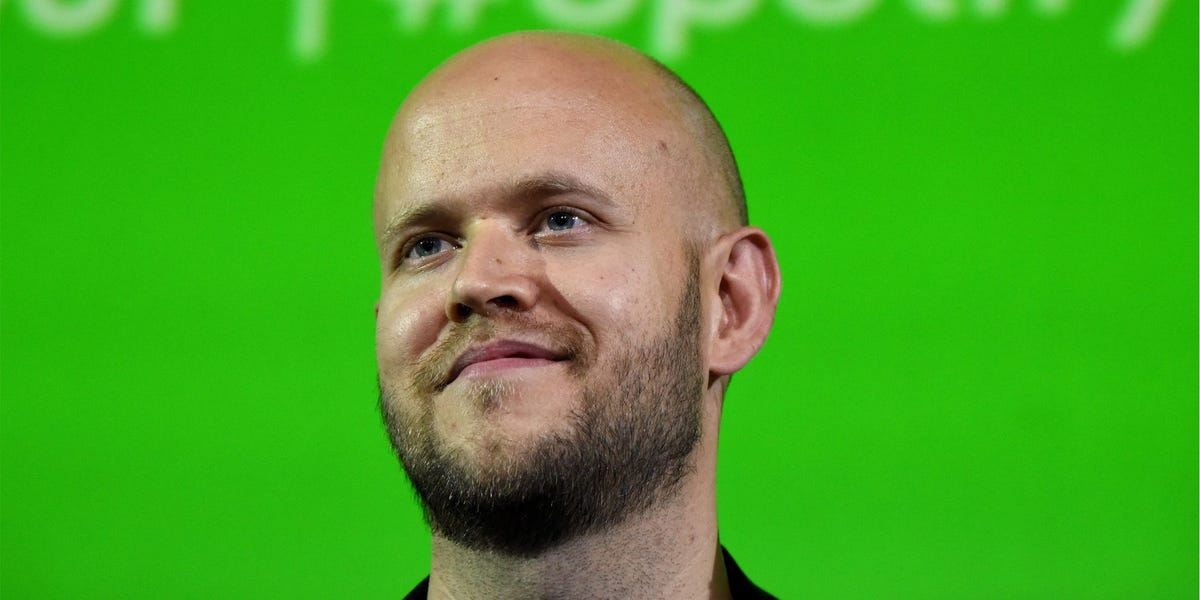 Spotify CEO Daniel Ek says the owners of Arsenal football club rejected his bid for the team, but he’s still interested
2 mins ago 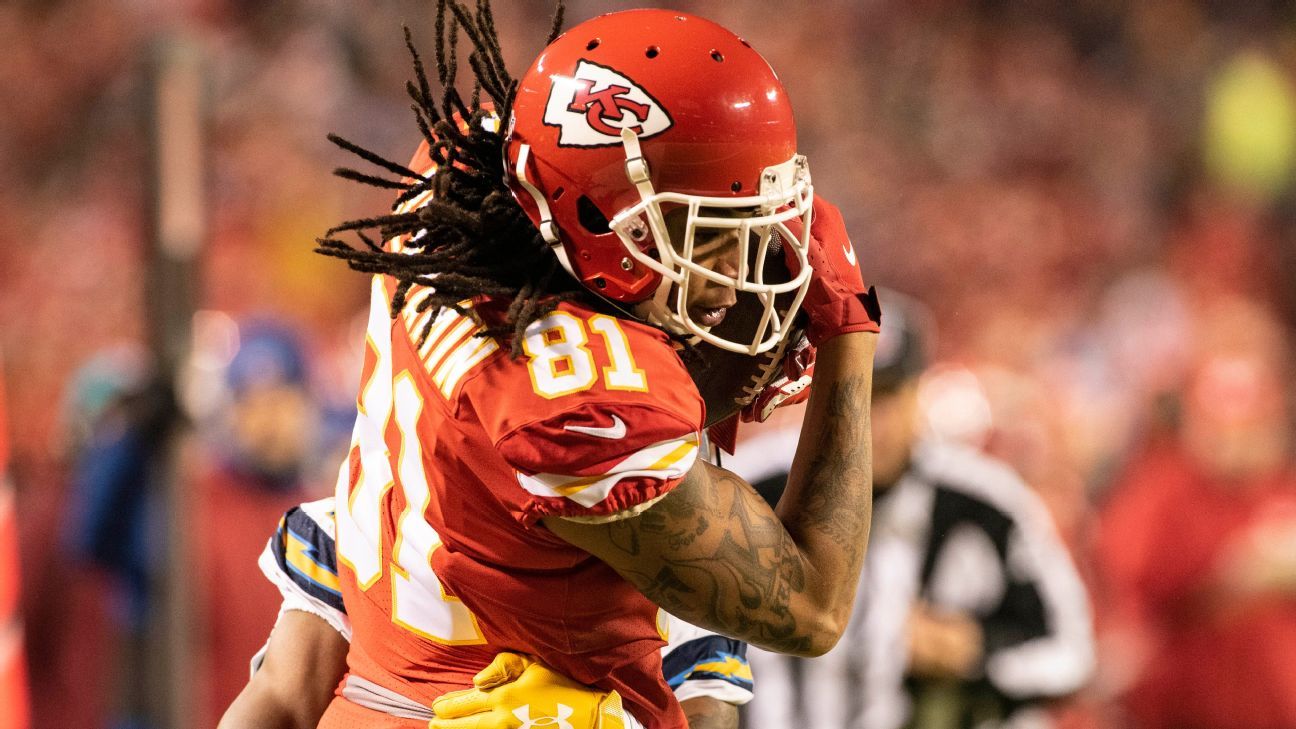 Giants sign Benjamin, could move him to TE
3 mins ago

‘Who Killed Sara?’ Season 2, Plus 6 Other Things to Look Out for This Week
7 mins ago

‘Who Killed Sara?’ Season 2, Plus 6 Other Things to Look Out for This Week

This PMP Exam Prep Course will get you certified in just 6 weeks — with a 100% guarantee.
10 mins ago

This PMP Exam Prep Course will get you certified in just 6 weeks — with a 100% guarantee.