This article is an on-site version of our Energy Source newsletter. Sign up here to get the newsletter sent straight to your inbox every Tuesday and Thursday

One thing to start: The British government is exploring ways to remove China’s state-owned nuclear energy company from future power projects in the UK — prompting warnings the group could respond by abandoning current projects.

Welcome back to Energy Source.

We start today with a look at natural gas prices, which have jumped to their highest level since 2018. Justin Jacobs looks at what’s driving the spike.

Our second item is an interview with the chief executive of Nexans, one of the world’s biggest cable makers, who argues that blackouts will become a growing problem if the US and Europe do not rapidly refresh their creaking power grids.

And with another heatwave set to drive up air conditioning use across central parts of the US, we chart how energy costs weigh heavier on certain groups of Americans.

US natural gas prices have surged to more than $4 per million British thermal units, the highest since late 2018, a rare rally in a market that has been weighted by oversupply since the shale gas production boom started a decade ago.

What’s fuelling the spike in prices?

High temperatures are driving strong demand as Americans crank up their air conditioners to beat the heat. The National Oceanic and Atmospheric Administration, a federal agency, said last month was the hottest June on record in America, as a climate change-fuelled 1,000-year heat event baked the Pacific Northwest.

And there’s more hot weather on the horizon as a “heat dome” moves over Texas — as your Houston correspondent can attest to — and much of the US Midwest this week. (See more from Amanda below on the uneven toll the heat is inflicting on American communities.)

Typically, power producers would start switching away from gas and towards coal at these prices, taking some of the steam out of the rally. But as analysts at the energy investment bank Tudor Pickering & Holt point out, “coal generation has failed to pick up materially and gas’ share of the thermal stack has remained resilient”.

At the same time, supply has not surged on the higher prices in the way it has in recent years, when growth-hungry producers were quick to drill on any hint of higher prices. This reflects the new reality of a slower-growing US gas market, which has been transformed by a wave of consolidation (now happening in oil as well) and shareholder pressure to keep a lid on output.

“The market is searching for a price that will back off sufficient power sector demand or entice enough price-elastic supply to come down the pipe,” analysts at Energy Aspects, an industry consultancy, wrote in a note.

For now, that search seems to have found that prices are headed higher. The Henry Hub forward curve, the main price benchmark, is above $4 through the end of the winter, which would mark the longest sustained period above that price level since 2014.

What would be the fallout of one of the biggest natural gas price rallies since the shale boom began? A few areas we’ll be watching:

Europe and North America face the prospect of serious and persistent blackouts in the coming years if countries fail to quickly rewire their ageing power grid infrastructure, according to the head of one of the world’s biggest cable manufacturers.

Power lines on both sides of the Atlantic built in the wake of the second world war are already well past their sell-by date. Now, as countries electrify sectors from transport to heating in order to tackle climate change, grids risk becoming overwhelmed.

“The issue we have is that this power grid is 50 years [old],” Christopher Guérin, chief executive of French cable maker Nexans, told ES. “So, each year that goes by, you have a [growing] risk of power outages — blackouts — in cities.”

Making ever greater demands of today’s creaky American and European energy infrastructure, he said, is like forcing a clapped out car to drive at ever greater speeds — something is bound to go wrong eventually.

Grids from Milan to Houston have already experienced significant disruption this year.

In the US, the Department of Energy has estimated that power outages already cost the economy up to $70bn annually. President Joe Biden has blamed “chronic under-investment” in the country’s grid infrastructure and proposed spending $100bn to upgrade the system as part of plans to shift America to carbon-free power by 2035.

But it is still unclear how much of Biden’s wish list, which includes tax credits for renewables and transmission lines, will make it into a bipartisan infrastructure package set to be finalised this week.

America’s rewiring plans — coupled with similar efforts under way in Europe as part of Brussels’ Green Deal programme — is good news for cable makers like Nexans and its Italian rival Prysmian.

“When you analyse the Europe Green Deal investment, when you analyse Biden’s ‘Build Back Better’ plan, when you go into the details of what Xi Jinping is doing in China in regards to the carbon neutrality objective in 2060 . . . when you sum all that, we are at the beginning of a huge electrical revolution,” said Guérin.

The market for wire and cables today sits at around $100bn — about a quarter of which is in the US. By 2030 that figure is set to rise by more than half to $156bn, said Guérin.

Over the coming decade, Nexans plans to divest the parts of the company not focused on electrification — shedding the 45 per cent of its business that makes cables for sectors like automotive and telecoms — in a bid to focus all of its resources on capturing this rising demand.

“All countries need to massively invest in the renewal of their power grid,” he said. “It will be massive in the next 20 years.”

Many US households are facing escalating energy costs as a heat dome gathers across the country, but these costs will not be felt equally. A report from the American Council for an Energy-Efficient Economy found that black households are nearly twice as likely as their white counterparts to be severely burdened by energy costs. Low-income households and elderly households also shoulder a disproportionate toll.

Pandemic lockdowns, job losses and wage cuts have exacerbated the problem. A survey conducted by Indiana University researchers found that one in five respondents could not pay their energy bills last summer. While many states implemented utility moratoria, most have expired and millions of Americans are now being faced with overdue bills. The National Energy Assistance Directors’ Association (NEADA) estimates Covid-19 utility debt to be as much as $40bn.

As customers and organisations like the NEADA push policymakers to cancel utility debt and expand federal and state aid programmes, there are signs of progress. In May, Senator Jeff Merkley introduced a bill that would cancel utility debts for low-income households. (Amanda Chu)

Energy Source is a twice-weekly energy newsletter from the Financial Times. It is written and edited by Derek Brower, Myles McCormick, Justin Jacobs and Emily Goldberg.

Recommended newsletters for you

Trade Secrets — A must-read on the changing face of international trade and globalisation. Sign up here 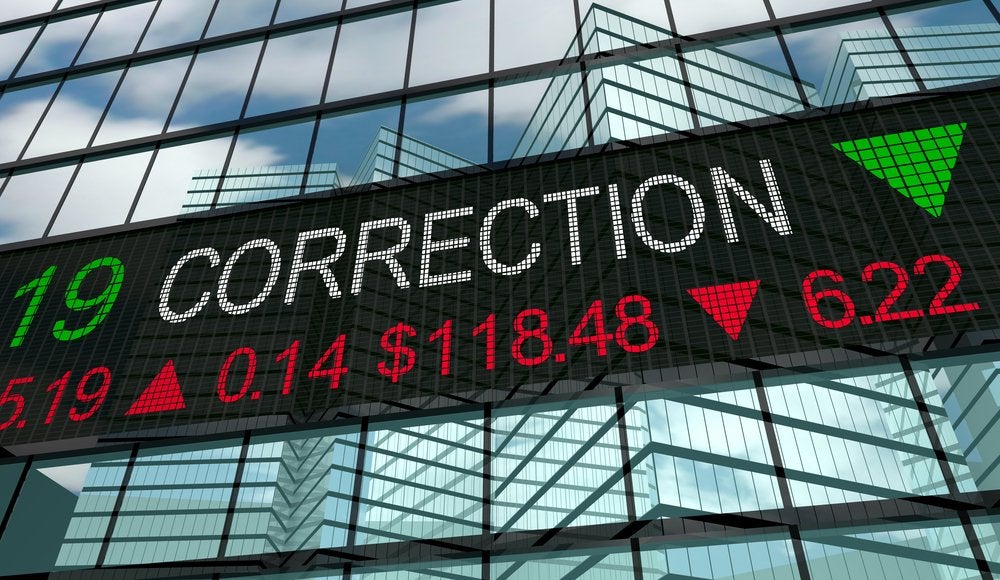 How Deep Can This Stock Market Correction Go?
1 min ago

How Deep Can This Stock Market Correction Go?

The real risk from Evergrande
6 mins ago

The real risk from Evergrande

Parents who didn’t file taxes won’t get child tax credit payments unless they act by Oct. 15
7 mins ago

Parents who didn’t file taxes won’t get child tax credit payments unless they act by Oct. 15